New study abroad report essays reached us from Canada.    Now many students are studying in Canada as well as other parts of the whole world.   It’s great if you could share their experiences in Canada.

Hello everyone! I’m S.M., and I’m studying in Canada as an exchange student for a year.   There were various events from winter vacation to the end of the year.

I went to the Christmas market around the beginning of December. There were various foods and miscellaneous goods sold there. In terms of food, there were long potatoes, churros, waffles, etc. and they were all very delicious. This market was only for Christmas, so I’m glad I was able to go there at least once!  In the middle of December, there was a party for Leo Club and international students at the school. Leo Club is a club that I usually volunteer, and I’m also participating. At the party, we ate the dishes of each country made by the students, watched the performance, and we all danced and did karaoke together!

At the last school before the winter vacation, there was a pajama day, and my friends went to school in pajamas. There were other people wearing Kitty’s pajamas. On that day, if I went a little early in the morning, I got pancakes and hot chocolate and drank them in class. This day was the day when most of the classes were watching movies and playing games. I had two weeks during winter vacation, and I was very sad that I couldn’t see my good friends.

During the winter vacation, I go ice skating, go to my friend’s house, go to the airport to see my friends off, and I have a Christmas party with my host family and a New Year’s party, and the distance with my host family is gradually shortened. I’m very happy.  School starts next month, so I’ll do my best to get up early in the morning! 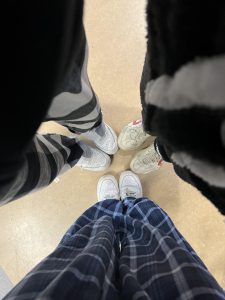 Hi everyone! I’m R.S and I’m studying at Moscrop Secondary school in Canada.  A lot of good things happened this month and I will share them.   At the beginning of this month, I watched my favorite idol’s movie with my friend. This movie was a great opportunity to see the dances they performed in Korea and the stories they told to their fans. I was very impressed. 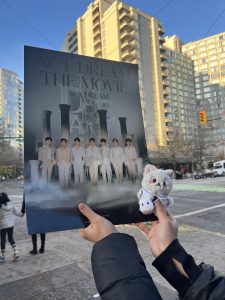 We had a dance performance on the 13th. A big difference from Japanese school dance clubs is that in Canada, contemporary dance is the mainstream. On the 15th I went to the Burnaby village museum on a field trip. I knew the history of Burnaby, I completed the worksheet in cooperation with my friends. And I try to speak with other friends. Since it was near Christmas, we could see the light up. There was a Christmas tree at my school! 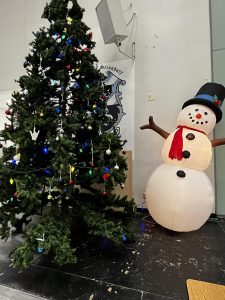 Vancouver has also had more snow and rain than usual, so it was a bit depressing to have a series of days when the weather was not so good. I have about 5 months left to study abroad and I want to do my best in the second semester!    Thank you for looking at my report! See you next month. 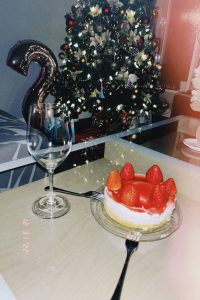 Hello! I’m M.U. studying in Vancouver, Canada. This time, I would like to write about a national holiday related to the war in Canada. A national holiday is a day celebrated, appreciated, or commemorated by the whole nation, and of course it is not only in Japan but also in Canada. In Japan, August 15th is the anniversary of the end of World War II, but in Canada, there is a day called Remembrance Day, which was established to remember the war on November 11th.

When I was living in Japan, I didn’t learn anything about holidays especially in school classes, so it felt very refreshing to see Canadian schools having events every week or the day before when there was a holiday. I also learned that even in the same history, different countries learn different things. For example, Japan has designated the day on which it acknowledges unconditional surrender or defeat in World War II as the anniversary of the end of World War II, while Western countries, including Canada, have designated November 11 as Remembrance Day. In the first place, the dates of the holidays related to the war are different, but I also found some other differences between the holidays related to the war between Canada and Japan, so I summarized the table below. 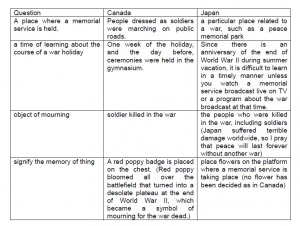 However, both countries have time to pray silently at the memorial service, and it is hard to say that everything they do is different because they are different countries.

In Japan, we learn mainly about World War II from the flow of World War I in history classes, so we had a strong image of World War II, but when we learned that Canada had been silent every year since the year of World War I ended, we realized that the past events were so different countries. In addition, I was able to think about history from a different perspective, which I thought was the same not only in Japan but also in other countries, so I think I gained the ability to think from a higher point of view. It’s different from my goal of studying abroad, but I felt like I had a dream for the future little by little because of this unexpected discovery. Thank you for watching until the end. 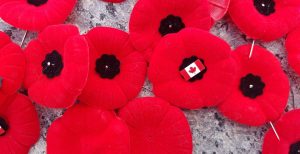 Report 5 - Study Abroad Report from BC