Another kick-off report by a one-year exchange student studying in Burnaby, Canada, reached us.  Maika Akane, a 10th year student who is now studying at Cariboo Hill Secondary School, reported to us about her school life there.

Hi! I’m Maika Akane and I’m an international exchange student in Cariboo Hill Secondary School in Canada. I came here to Canada on August 25, so I have been staying in Canada for about 1 month.  I would like to write about my activities for the past month in this report. 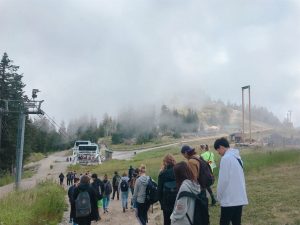 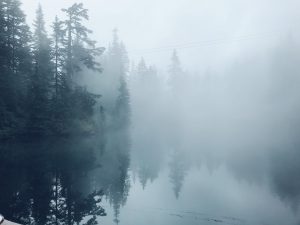 What I felt during this orientation was that there are so many international students from various countries in Canada. It was like a small world!  After the orientation was over, the school began soon.

At Canadian schools, I can choose 8 subjects I want to study, so we can create my own schedule. This is my schedule!

There are classes which say ELL in some places. This class is for international students and will do classes according to the students’ English level.  There are classes of level of 1 to 4, and 4 is the highest level.  My level is still 2, so I would like to do my best to raise the level!

My school is very small compared to other schools. As a result, I can make a lot of communication with my teachers and other students.  In addition, as Canada is a multi-ethnic country, there are so many people from various countries in my school.

I have studied a lot with global mindset in Japan, but I think that Canada is the great place that makes us feel so global.  While feeling a lot of global, I would like to continue to learn a lot in Canada.

See you until the next report!