Hi!  I’m Yuki Ito, a one-year exchange student, studying abroad at Westside Christian High School in the state Oregon in the U.S.  I arrived here on 24th AUG, so I’ve been staying here for about only 1 week.

I would like to start this report with my experience in my flight from Narita to Portland.  I talked with a woman who is sitting next me while going to OR in air plane about what I want to do during my exchange and I said, “I want to make a visit to Nike and want to conduct an interview to persons who work for the company.”  Then she responded to me saying, “I gave you my daughter’s number, because she works there, which means that you’ll be able to do that.”  I pushed myself to say “Hello” to her with courage, which came from my feeling of responsibility.  So, the action created the relationship between us. From this experience, I learned the importance of network as human-being.  I’ll definitely prepare as much as I can for such kind of opportunities. Also I can feel a good point of Japanese, which is to spend time effectively for each other because in this conversation I used her precious time.

The arrival day was so busy.  Here was my timeline.

“PELA” is an English grammar school and I was there to improve my English presentation skills for 5 days until the school starts.”  My host family is great and in my family there are a host sister who is 4 years old, 2 host brothers who are 9 years old and 12 years old.  My host father is a teacher who works at the WCHS of Bible and my host mother works as a manager for the grocery store.   I am the first host student for them and I am the 2nd Japanese international student for WCHS. As a result, I felt strong I have to do all of stuffs.

The next day was an amazing day for me because I could take a rest.  I’ve already finished my 1st “Ambassador Project,” which is to make a rose of Origami with my host brothers. I had never made it, so we watched Youtube as a model.  However, it was hard for us, but we got enjoyable feelings when we made it.

My host family is Christian, so we usually go to the church, where there are many people to pray every Sunday.  This experience gave me relationships of 8 people in 1 day, and the most impressive part for me is there was a person who worried about the earthquake. I couldn’t explain about tsunamis at the moment, which means I missed the chance to explain about Japanese negative point.  So I felt improving English is necessary for me again.

I went to PELA and WCHS for the first time on Monday. I made two friends, who are from Vietnam and Mexico and I couldn’t understand some of their English because of their differences between accents. I know here is diversity. That’s why we have to learn the world to prevent us from barriers of some kind of English. Also, his time of WCHS have decided. My time schedule of WCHS is as follows:

To wrap up my report, I promise that I will give everything the best try in anytime and anywhere.

Thank you so much for reading my report. 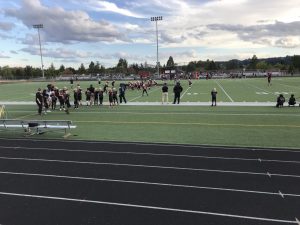 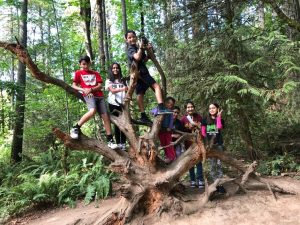