Here arrived an impressing report from Oregon, USA. Ellie Goto, a 11th grade from Otsuma Nakano High School, is now enrolling at Pleasant Hill High School there.  In America, now academic year is getting close to the end… Otsuma Nakano is so highly  of her report and herself.

Hi, guys! How are you doing?  I have only 2 more reports left :(, which makes me so sad. I don’t want to count how many days are there left for me to stay here. So, I'm just trying not to think about it too much.

In this month, we had a couple of big events.

First, at the beginning of April, we were all got together for a special school assembly at the gym.  There were some people who dressed like Death.  Throughout the day, we had an event called "Every 15 minutes", which told us how dangerous and awful drinking and driving are.  In fact, every 15 minutes, an American is killed by a drunk driver.  In the gym, some students acted as if they actually had an accident caused by drunk driving and a video of an accident was showed as part of the program there.

Other students were watching outside of our school at the scene of the crash. Seriously it looked like a very realistic accident. Two cars were totally destroyed, and students were screaming and yelling…."Please, someone help! Please!" One of my friends was painted bloody and was shouting the names of the two guys sitting in the front seats. Those guys had their eyes closed and looked like they had been dead.

After a while, we saw some police cars, ambulances and one helicopter. A police asked the girl what happened and then she was handcuffed and arrested because she was drunk driving. Some of the police checked if the two guys in the car were dead, and finally one hearse arrived. One guy was carried into an ambulance and another guy was taken with the hearse.  It was so depressing but I could realize that it would be like this when there was an accident.

It would happen to anyone. In Japan, we can drive at 18 years old, which means we are more matured, but here in America students drive at 16.  If they choose to drive drunk then this kind of stupid accident can happen every day.

I felt this project was a great way to focus on traffic accident problems and drunk driving in America, so I would like you to watch the video. 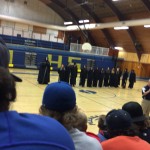 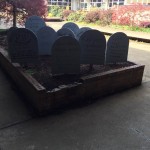 Here's the link on YouTube:http://youtu.be/g4UtGIY0CVo

Secondly, our High School held the 41st Annual Pleasant Hill Jazz Festival!! Every year it is a big event in the school and community and I was so glad I could be a part of it. I didn't sing but I helped to sell Hawaiian Shaved Ice and helped as a stage crew hand.  A huge number of schools came and competed in both vocal and band instruments. I was very excited to say that our Pleasant Hill Jazz Choir took first place and my oldest host sister also took first place in the solo event! I'm so proud of her!

Jazz festival was so much fun and people bought a lot of our shaved ice:)  These are photos of them! 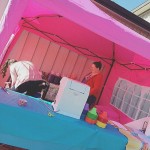 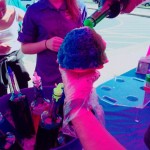 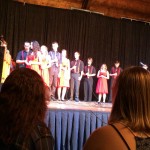 Oh I just got big news for my host sister!!! She was selected to attend Grammy Camp after a long audition. The camp is for teenagers who want to be musicians and she is going to go New York this summer!!!!!!!! I'm really proud of her and so grateful that she is my host sister.

Thanks so much for reading my report! I'm already ready for this summer and also so excited for Independence Day 😉

See you all next month!